HISTORY OF THE HOTEL PIZ MITGEL

The "Kurhaus Piz Mitgel" was built in 1868 by the Wasescha brothers. In addition to the stagecoach traffic that led from Chur over the Julier Pass to the Engadine, they relied all on health resort guests. Air health resorts were extremely popular in the late 19th century and brought Savognin and the Hotel Piz Mitgel its progress hour.

The hotel's 150-year history bears witness to constant change: the opening of the Rhaetian Railway's Albula line shortened the journey time to the Engadine and made the stopover in Savognin unnecessary. Between the two world wars, a brief upswing followed in the golden 1920s. With the opening of the first ski lift and the construction of the longest gondola lift in the world in 1969, the Hotel Piz Mitgel returned to its best days.

The hotel was passed to the Waldegg family in 1961 and subsequently to Sepp and Regina Waldegg-Noseda.

In April 2021, the "Piz Mitgel Val Surses Foundation" bought the hotel complex and gently renovated it. The foundation's goal is to save the historically valuable Hotel Piz Mitgel for posterity, to preserve it and to lead it into the future. The hotel will continue to be open to the public. Cultural events will be held in the Jungendstil hall in the future. 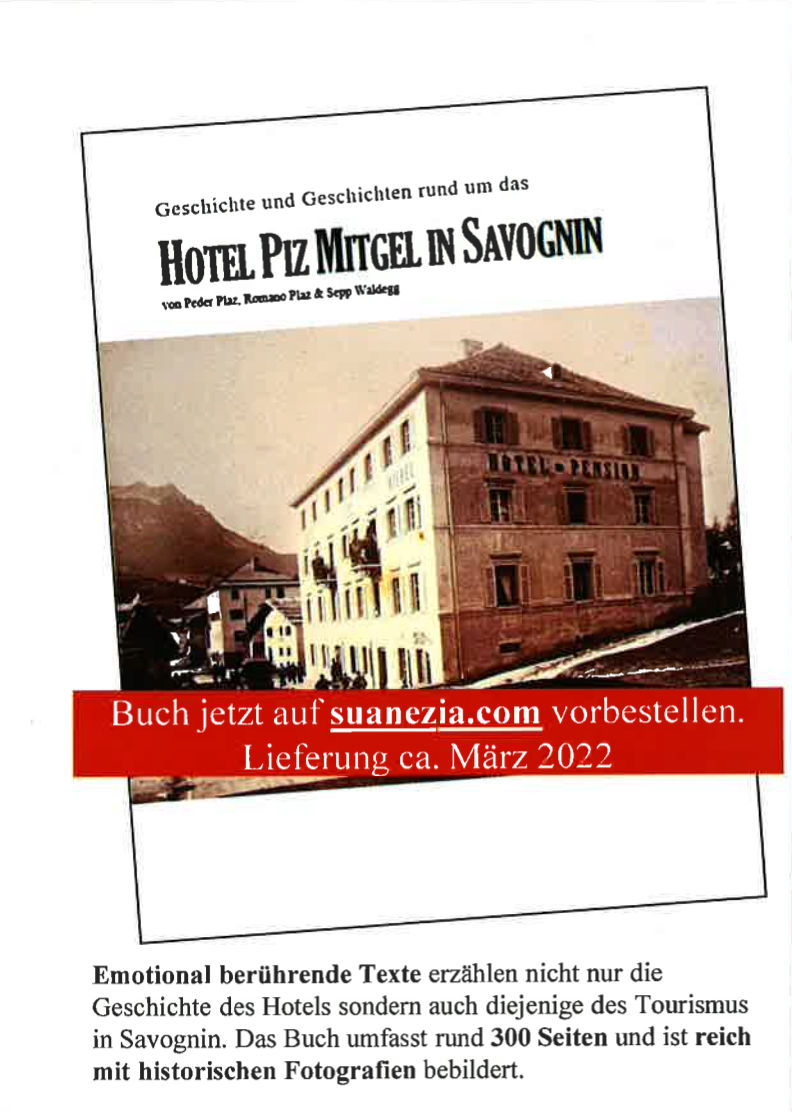 Peder Plaz, Romano Plaz and Sepp Waldegg have collected the varied history around the Hotel Piz Mitgel in a book that will be published in spring 2022.

By clicking the button, you allow us to improve the user experience on our website and personalize ads for you. You can change this decision at any time.